Home / Events / EucoLight webinar: EPR non-compliance through online ma…
latest appointments
Events
Find out more on EucoLight’s past and future events such as webinars, conferences and industry events. For future events, informations will be displayed soon. If you wish to stay updated, you can subscribe to our newsletter. 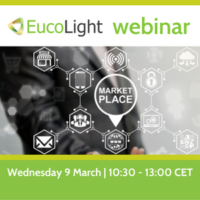 The webinar includes presentations from member states that have implemented new legislation to control the problem. A number of different approaches are being adopted – the webinar gives an opportunity to compare the different strategies adopted. It also summarises initiatives at a European level that may tackle the problem and concludes with a marketplaces’ point of view on the topic.

Watch the recording to hear about the state of play from authorities and experts.

Read a summary of the event

On 09 March, over 200 participants attended a webinar organised by EucoLight, the European Association of lighting WEEE compliance schemes. The webinar confirmed that five Member States are now implementing national legislation to prevent EPR non-compliance via online platforms. Speakers from France, Germany, Spain, Austria and Finland explained the national measure put in place to stop the widespread avoidance of WEEE obligations by companies selling through online marketplaces.

According to several studies, the amount of Electrical and Electronic Equipment sold online that is not WEEE compliant is alarmingly high. This means large quantities of equipment is illegally placed on the market in the EU each year by free riders. The same phenomenon is to be observed for packaging and batteries, product categories that are also governed by extended producer responsibility obligations.

Attendees included representatives from the national authorities of fourteen Member States, European institutions, and many other industry and producer responsibility organisations.

Summarizing the discussions, Marc Guiraud, Secretary General of EucoLight, said: “Although we are in favour of a harmonised European approach, we recognise that it will be many years before EU-wide legislation can be implemented. In the meantime, we therefore urge those Member States that have not yet taken action, to do so as soon as possible. Until this happens, compliant European producers will remain at a significant competitive disadvantage, putting companies, and jobs at risk.”

Attendees had also heard from a representative of the Italian Competition Authority who highlighted the importance that solutions to overcome online free riding should avoid market distortion and respect competitive neutrality.

A number of European initiatives were also discussed, including the Digital Services Act and the Sustainable Products Initiative. But the meeting concluded that none of these would tackle the problem. It was therefore particularly interesting to hear the initial results of a study undertaken on behalf of the Commission by Eunomia. EucoLight urges the European Commission to publish the Eunomia proposals for careful consideration by the different stakeholders.

Delegates also had the opportunity to hear the position of some online marketplaces, presented by a representative of DSS+ who highlighted the need to simplify extended produce responsibility compliance and administration.

The event ended with a questions and answer session.

To know more about was presented a link to the video recording is available.